Summer is here, maybe not officially, but for all practical purposes it is. That final school bell has rang and kids have been released. I have wrapped up my role trying to motivate precocious pre-schoolers, feisty fifth graders and insolent teenagers armed with technology. Now I am free to go about with my new passion: glow paint. Oh yes, I’ve been busy online, planning and plotting my creative projects like a Pinterest Patriot. If you have no clue on the power of glow paint, then I strongly suggest you Google the images. I have not yet decided what backyard artifacts are going to benefit from glowing, but that will be the assignment for today.

Meanwhile, I’m pondering over the end of school festivities like the pre-test pep rally. Who knew there were such talented kids and teachers out there? I mean, you haven’t lived until you’ve seen a bunch of middle-aged teachers doing the Stanky Leg dance. I dare say they outdid the pre-schoolers whipping and nay naying all over the place. You have to admit that those little kids are just pretty darn cute and usually, pretty much unbeatable in anything. Singing? Don’t even get me started, although I’m going to have to go with a 3rd grade boy with cowboy boots, hat (of course) standing out there in the middle of the gym floor channeling George Strait like it was nobody’s business:

This blasted song has been in my head for a month now, and I’m not even a George Strait fan. Okay, okay. I was back in the 1980s because he came and performed in Memorial Auditorium with his white shirt, dazzling smile, and yes, those jeans. I mean, he smiled and tapped that guitar like it was nobody’s business (except for maybe the record label). I had never seen a cowboy with teeth like that. That was then and this is now, but I have to admit, if somebody found my Ipod somewhere, they couldn’t classify me if their life depended on it, everything from the Silhouettes to Sabbath.

Meanwhile I am gearing up for a small going away party in the little rural town that sparked my existence. Speaking of paint, I will have to put down that spray paint and consider my toes. It is summer, and summer begs for sandals. On this particular outing, I will be accompanied by a friend that I shall call, Princess K., and the Rock Guy. This should all go pretty well except for one thing, it is summer, and since it is summer, I am notorious for wanting to veer off the beaten path to take photos. Besides who doesn’t like a beaten path here and there? On second thought, this maybe won’t be a sandal outing after all. There just happens to be a ghost town close by, hopefully without actual ghosts, and I think it is just begging for photos. I’m thinking of picking up the ole Nikon and some Nikes and just doing it. Like that cute kid in his cowboy hat:

“Do you love me, do you wanna be my friend?
And if you do
Well then don’t be afraid to take me by the hand…”

Just get go in that car and do it, right? Wrong. I’m going to have to have a plan for this because Princess K. isn’t the kinda gal who is gonna want to jump out of the car in her cute, sparkly sandals and wade through brush. In fact, I don’t think she has ever even seen brush. The rock star will be giving me irate looks standing there sweating out his Jimi Hendrix t-shirt. Plus I’m afraid they will consider the actual time, and I will have to keep lying, “Oh, no. It’s just right ahead. Behind that corner. Not even 5 minutes” when I have no actual idea where the heck it really is, if the ghosts have ever killed anyone, or how big the rattlesnakes are.

“Hey did you know Sephora is having a sale?”

“Yes indeed, everything is 50% off. We will go right when we get back to town!”

Did I mention that I might have to invoke the Deity of the Dishonest on this one? There is one large snag in all of this scenario, and he has long hair. You see, the Rock Guy is no stranger to my occasional meanderings and he is wising up to my techniques faster than you can say The Beatles are the best band ever!

“Last night I took her out in a white limousine
Twenty years together, she still gets to me …”

Oh yes, the Rock Guy is smart and popular too. More popular than me, and just because he can play a guitar behind his head, up and down the fret board. He gets all the darn attention. He has been mistake for Slash, Stephen Pearcy from Rat, Alice Cooper, and a guy from Kiss. I won’t go into all that, it needs another entire post, but I will briefly cover the Kiss incident that happened at the DFW airport. What’s so special about DFW? No, it isn’t a shoe warehouse, but Texas answer to big, sprawling air hustle (but without all that noted Texas tackiness). It’s like Dallas and Ft. Worth are thumbing their noses at Los Angeles, Chicago and New York…Look! We done got us a huge airport and parking to match! Yes parking! Take that, San Francisco!

“Excuse me, are you….are you… (she stammers)

Inside my head…..”Bahaha, no but he can play the guitar backwards….”

“Well then, sorry…thanks….she stuffs her pen and paper back inside her MK bag”

Life is short. Hopefully summer will be long with lots of paint, photos, fully charged Ipods, and cute kids. George Strait finale in the background:

Well then don’t be afraid to take me by the hand
If you want to
I think this is how love goes, check yes or no”

14 thoughts on “Summer is Here” 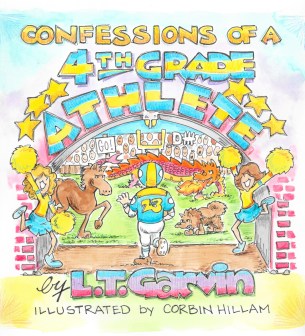 Confessions of a 4th Grade Athlete: Available from Lulu.com 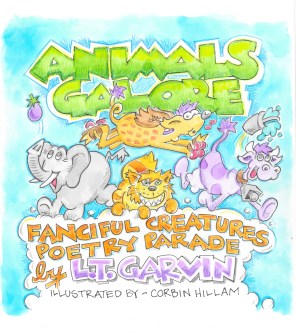